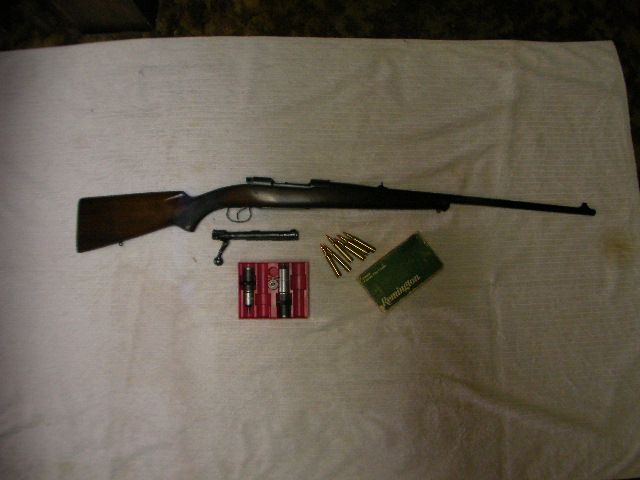 As you can see in the photo this rifle is in very good nick for its age.
Clean bolt face bluing and wood as expected. In 1925, Winchester
introduced the Model 54 bolt action rifle as the first Winchester rifle
made for high velocity heavy ammunition.
The Model 54 was
manufactured through 1936 with approximately 50,145 guns
produced during the 11
year production period. The Winchester
Model 54 is a bolt action rifle manufactured by the Winchester
Repeating Arms Company. The 54 was the first successful
production run civilian center fire bolt action for Winchester. Using a
Mauser 98[2]
type action. The year of manufacture for serial number
18001 is 1928.
ONO Free freight to most States.