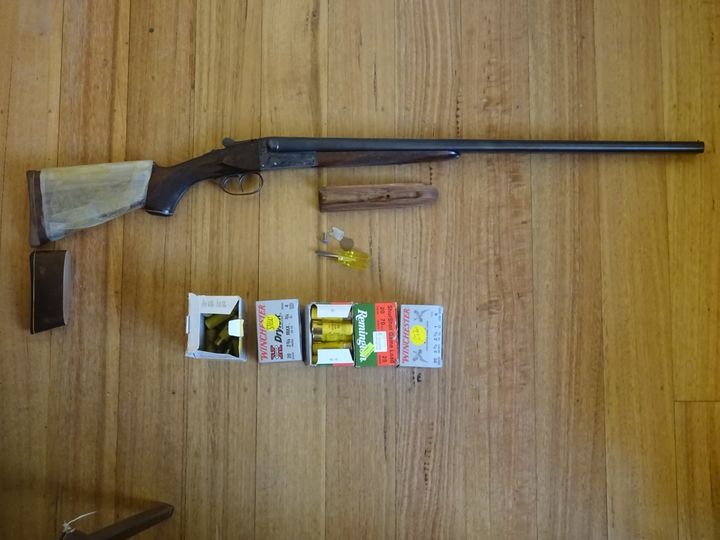 It may not look much but this 20g boxlock with crossbolt and sideclips was lightened, shortened and modified for my sons’ use as they got their junior permits. It was bought s/h for $375 about 18 years ago and is in the same condition, mechanically, now.

The clear sheets of plastic on the butt were to add height to the comb for 12 year-old cheeks; it also reduces any smack they might feel from recoil. I could have removed the plastic but presume any buyer wants the gun for the same purpose.

Barrels: shortened from 27 to 26.3 inches, residual chokes c. quarter and three-quarters. A couple of scratches on the outside and one in right barrel, near breech.

LOP: 13 inches with the offset pad giving increased cast-off at the shoulder.

Comes with: Four packet of shells, for pick-up only, including steel never used; a few of the cartridges have had weighed shot removed to reduce recoil.

Reasons for sale: to make room for a new gun; also, my daughter won’t let her kids shoot and I don’t see any other GC on the horizon.