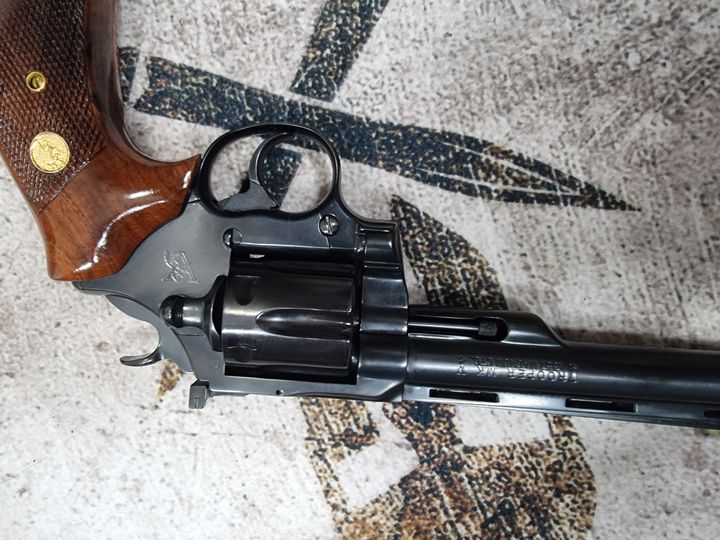 
The MKV denoted the initiation of a ventilated barrel rib option similar to the Python.
1982 - As with the MK III, the Mark V series was an entirely new product line of models which included Official Police, Lawman, and Trooper variants. The MK V series was based on a new, slightly smaller ‘V’ frame, similar in size to Smith & Wesson's ‘K’ frame. Changes from the MK III models were minor and many parts remained identical. Internally, Colt did away with the sintered iron MK III lockwork in favour of cast parts, and improved the trigger action with new components and a shorter hammer fall. These improvements made the MK V triggers smoother, while the diminished lock times increased accuracy. Exterior modifications included a compact grip frame with timber grips.

Negotiable Private User
‹ › ×
Back to top