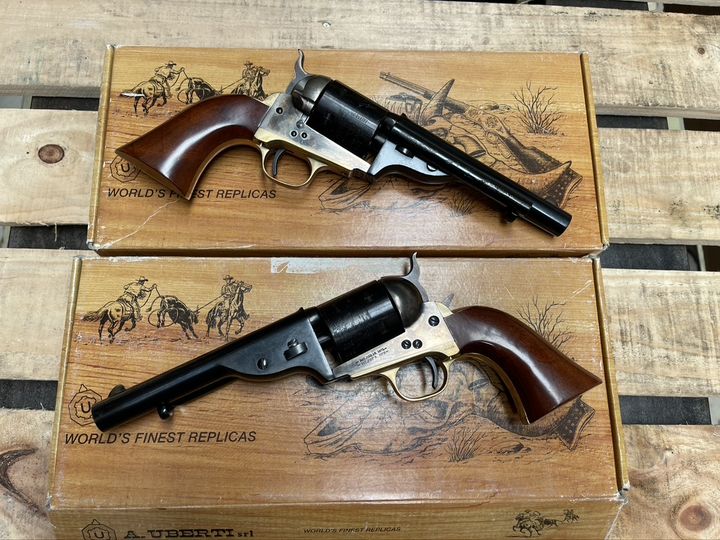 Brand new in box - Matching set with concurrent serial numbers.
X07137 & X07138
Sold as a pair only
.
The 1872 Colt Open Top Revolvers were produced simultaneously with the Richards and Richards-Mason Conversion. Between February 1872 until June 1873 a total of 7 000 pieces were produced. This Colt revolver is not a conversion but was produced for metallic cartridges: the barrel cylinder and frame were made intentionally whereas parts such as the grip assembly and the internal components were adapted from the Navy `51 and the Army `60.

Gun is situated in WA. Cost of freight to Eastern States is around $250.