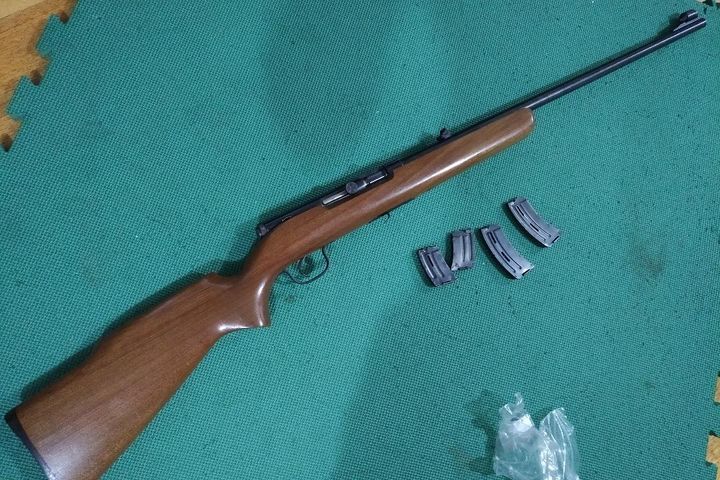 Sportco Omark in great condition.
only one owner since 1965 when it was purchased at kmart.
mostly sat in a safe. recently taken to smith for confirmation of operation and given the all clear. test fired 40 rounds both single and burst semi auto and action was flawless.
its whole life has probably only used around 500 rounds.
has some small rub marks on the stock from being in one safe next to trigger locks. and slight marks on stock in the very front of the stock under the trigger.
I recently have never seen a sportco like this one. it is a great one for the collector.
spare magazines. one mag used multiple times. one ten round used a couple. two brand new 5 round mags (2 x 10 rnd +2 x 5 rnd magazines)
semi auto rimfire, and if you click the charging bolt in it will act as a single shot.
regretful sale but i need the space in my safe for other rifles.