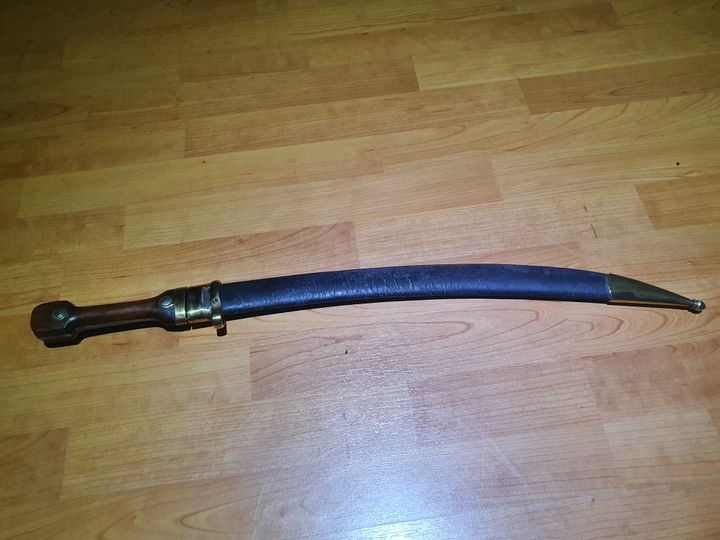 An authentic Tsarist Russia infantry side arm Babut. Bought it from Arms Expo in 2010. A nice collectable for a sword entusiast.
I think this short sword kinjal has been used in a few battle as that is the only explanation for been bluntedby most probably by an angle grinder to conseal the blamishes on the blade. Has all the information stamped on the blade:
*original makers mark can't read it,as the blade has been sharpened many times as the mark was nearly erased
* blade's carbon steel mark 2A
*the year of production 1916- a year before the Bolshevic Revolution in Russia